College Panhellenic Academy provides the opportunity for hands-on training with NPC representatives, allowing attendees to refocus their commitment to NPC values and in turn, shape their fraternity and sorority communities. A team of experts in sorority is ready to facilitate and guide our attendees to be the best sorority women they can be. We asked these facilitators a few questions about their own sorority experience and what they are most looking forward to at #Academy16. 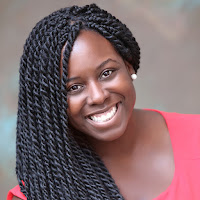 What do you think is the most important thing for a Panhellenic Officer to keep in mind at the beginning of her term?

Operate from a place of grace and not perfection. Perfection is not a thing to pursue. The goal is to always do YOUR best and to understand that your best changes from day to day and even moment to moment. You will make mistakes. Ask for help. 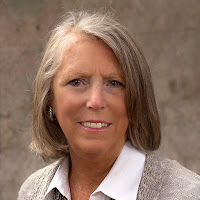 What do you think is most important for a Panhellenic officer to keep in mind at the beginning of her term?

This can be a wonderful experience if you are willing to embrace the NPC philosophy, establish relationships and trust with other CPH officers and delegates, work for the common good and lead by example. 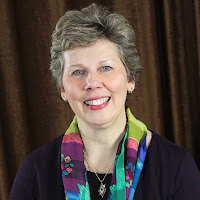 Being an advocate, positive role model and resource for the sorority experience has been a part of me since college.  I had an incredible undergraduate experience, and I greatly appreciated the opportunities and skills my membership gave me.  I knew that I wanted to "give back," so I began volunteering in grad school at the local level on a house corporation and then served as a chapter advisor.  From there I was asked to serve as a national officer/volunteer, and I am now in my 30th year of serving on the national level. 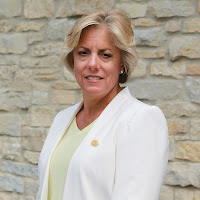 "Why sorority?" If someone asked you that, what would be your answer?

As an undergraduate member, I learned that being a member of a sorority extended beyond my college days, and as an alumna, I have been committed to continuing my fraternal journey. While I continue to enjoy the special bond that exists between my Alpha Omicron Pi sisters, I have also developed special relationships with sisters who span several generations and come from sister sororities. We are all dedicated to the ideals of character, integrity and loyalty. 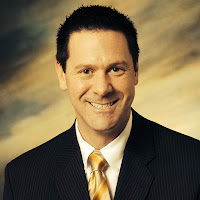 What is your favorite moment or a highlight from your own fraternal experience thus far?

My chapter at Ohio State was closed several years after I graduated. When the chapter was recolonized in 2011, I served as the chapter advisor and oversaw the first initiation of the new chapter members and advised the group through the chartering.  Last year, the chapter was one of five that received the Pyramid of Excellence, the highest collegiate chapter award in Delta Sigma Phi. This is the first Pyramid in the chapter’s history. I am so lucky to have gotten to work with them. 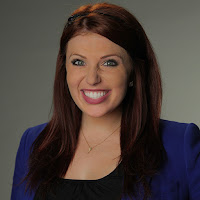 "Why sorority?" If someone asked you that, what would be your answer?

I am genuinely a better version of myself because of my sorority experience–because I am a Panhellenic woman. I am proud to be in outstanding company of leading women in their fields, who I wholeheartedly believe will inspire me throughout my life. The Symphony of Alpha Chi Omega says it best, “to see and appreciate all that is noble in another, be her badge what it may,” as Panhellenic women are the ones, in many ways, changing the world for the better. 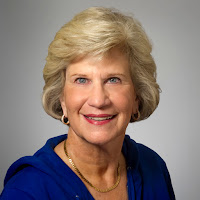 What most excites you about this College Panhellenic Academy?

The most exciting thing about the CPA is the opportunity to interact with so many outstanding young leaders who are dedicated to the excellence of sorority.  These young women have made a wonderful decision to work for the betterment of not only their own sorority, but for the success and growth of all the sororities on their campus.  That takes a great deal of insight, and it’s inspiring and energizing for me to have a part in working with them…they’re such fun! 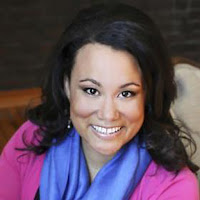 What is your favorite moment or a highlight from your own fraternal experience thus far?

I've had many magical moments, from watching my cousin select my organization to seeing the creeds of many organizations expressed at programs like UIFI. Most of my favorites involve an "a-ha moment" for a member: the clear realization that this experience is rooted in personal development and support. I love seeing young men and women realize that because of their fraternal experience, they are a little less alone.

Posted by National Panhellenic Conference at 11:13 AM

Email ThisBlogThis!Share to TwitterShare to FacebookShare to Pinterest
Labels: #academy16

The Impact of College Panhellenic Academy on My Campus – Advisor 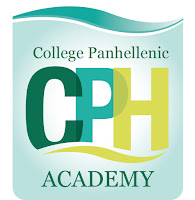 How did College Panhellenic Academy impact the way you fulfill your role as an advisor?
Attending Academy helped our Panhellenic officers work from baseline NPC knowledge sooner, which allowed us to have deeper conversations early during their tenure.

What has the Butler College Panhellenic achieved of the goals that were set at academy?
We have encouraged casual attire for potential new members and chapters during the first two rounds of recruitment, and we have created a new fall event for sorority women.

What do you think is most important for a Panhellenic officer to keep in mind at the beginning of her term?
Through your Panhellenic, you will facilitate some great collaboration between the chapters on your campus, but you will also have the opportunity to make amazing friendships with the other women serving as officers with you.  Be prepared to invest in Panhellenic, but also to invest in the lives of others.

What was the most helpful part of Academy for you as a fraternity/sorority advisor?
I found the session for FSAs on single-sex status and transgender students really helpful.

Why would you encourage others to attend Academy?
There’s a lot of information to cover and process with each new council.  Members have a greater awareness of their own organizations through national conventions and regional programming, but they don’t get to experience NPC in the same way.  College Panhellenic Academy provides an opportunity to make the information sharing more manageable while prompting council leaders to consider new possibilities on their own campuses.

Posted by National Panhellenic Conference at 10:49 AM

Message From the Chairman: Wide and Wise Human Service


Philanthropic service is a cornerstone of sorority life. By volunteering community service hours, raising awareness and through purposeful fundraising, sorority women positively impact their communities. The 26 National Panhellenic Conference (NPC) inter/national organizations touch lives from aged to young, from hospitals to schools, from local communities to the world.

Collectively, sorority members representing their chapters, associations and inter/national organizations participated in over 2.9 million hours of service and donated more than $34.8 million to a variety of charitable causes during the 2014-15 year. Equally as commendable, the cooperative organizations of Alumnae and College Panhellenics volunteered for over 1.3 million hours of community service, and donated in excess of $7.9 million to admirable causes in the same year.

Statistics speak volumes, but more important is the effect that philanthropic service has on a sorority woman throughout her life.

"Service is putting people before yourself and admitting that you can be the change in the world. My sorority service gives me the opportunity to impact college women in a way that will allow them to impact others in a very real way. I am grateful for the opportunity," says Lindsey Medenwalt, Sigma Kappa alumna.

"For me, doing service is a highlight of being a sorority woman. I love being able to use my talents and knowledge to make the world a better place for others," says Emily Hoffman, Kappa Kappa Gamma collegian, Butler University.

"Service to others is being unselfish, fulfilling the needs of others and expecting nothing in return. My volunteer service to Alpha Gamma Delta International Fraternity and NPC has afforded me the opportunity to better my own character and to positively impact the lives of collegians," says Julie Karstetter, Alpha Gamma Delta alumna.

During this holiday season, I say thank you to each and every sorority woman for her gift of "wide and wise human service" to the world.