Message From the Chairman: Advancing Sorority Together

“People who give the best are those who give of themselves ― your time, talents, words, knowledge.” ~ Omoakhuana Anthonia

The sharing of gifts and December are often synonymous with each other. In this month’s message I would like to take the opportunity to capture the giving spirit of the women of the National Panhellenic Conference (NPC) who share their time, talent and service to advance the sorority experience together.

“Advancing Sorority Together” framed the theme of the 2015-16 NPC annual report, as well as the NPC annual meeting in October 2016. Encapsulated within the annual report are the accomplishments and milestones of NPC’s corps of volunteers and staff committed to excellence in support services and resources provided to 578 College Panhellenics and 176 Alumnae Panhellenics across the United States and Canada. Within the report, NPC captured the spirit of giving in the narratives of women who selflessly contribute their time and talents to further the work of NPC.

I salute, and express my gratitude and appreciation to the giving spirit of NPC women, on college campuses, within their communities and globally. In the spirit of giving and collaboration, we ensure a sorority membership experience for women grounded in values and friendship.

Best wishes for a season of joy and peace.

With #Academy17 about a month away, time is running out to register your campus. Meet the facilitators guiding the valuable weekend experience. 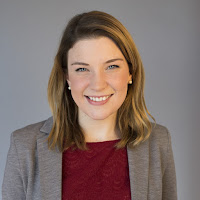 Emily Brelage, Kappa Alpha Theta, is excited for her first time facilitating academy. She says the sorority experience is still relevant because, "Sororities provide an important space for women to address and solve these challenges while giving them the tools they need to be engaged, active leaders in their communities.” Emily adds, “NPC and its member organizations have literally thousands of positive stories to tell about the sorority experience, and so I’m most excited to learn from collegians and advisors about the ways in which we all can be stronger storytellers — and compelling brand ambassadors — for the sorority experience.”

Michelle Geiger, Kappa Alpha Theta and NPC College Panhellenics Committee chairman, is excited to meet the U.S. and Canada’s Panhellenic leaders. She says, “I think our Panhellenics are positioned to be leaders and change-makers on their campuses, and I am looking forward to seeing how this year's officers will respond to that challenge and take the lead.” Reflecting on her past, Michelle cites getting to know and learning from women with different backgrounds and life paths as the most beneficial part of her sorority experience, and knows College Panhellenic Academy offers the same opportunity for current collegians. 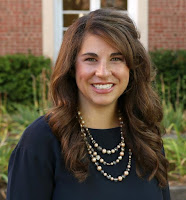 Amber Huston, Alpha Sigma Alpha, is another new facilitator excited to help fellow Panhellenic sisters hash out their ideas and assist leaders with their plans to elevate their sorority communities. She especially looks forward to focusing on how college students can hold each other accountable. Her advice to collegians considering attending College Panhellenic Academy is, “Be ok with not knowing the answers and being vulnerable. No one expects you to know all the ins and outs of leading a Panhellenic community, that’s why you are attending -- to learn new strategies, enhance your College Panhellenic and discover how to help others be leaders.”

Julie Johnson, Kappa Delta and NPC College Panhellenic Strategic Initiatives Committee chairman, is excited to return to #Academy17 as a facilitator. Throughout her lifetime, she has been incredibly involved in her organization as well as the NPC. She believes that academy is a fantastic opportunity for Panhellenic women to come together to learn from one another and build confidence as they begin their term of office.  She notes, “Sororities are still relevant today more so than ever. The skills and opportunities afforded to women through their membership is something that will remain with them throughout their lives -- professionally, personally and as a community volunteer.” 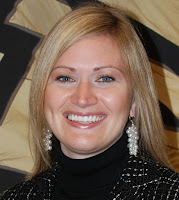 Nicki Meneley, Alpha Chi Omega, is looking forward to seeing the potential of individuals and leaders in the communities as a facilitator. She has had a diverse sorority experience, and is excited for the opportunity to give back to an organization that has given her so much in her lifetime. Her advice to those attending #Academy17 is to, “Use every moment. There will be great speakers and educational sessions but there will be downtime as well. Use that downtime to engage with other participants, the facilitators, NPC staff and volunteers. There will be tremendous knowledge on-site, and it will be up to you to soak up as much as possible to get the full benefit of the Academy.”

Frances Mitchelson, Phi Mu and NPC Panhellenics chairman, has dedicated her life to enhancing and advancing the sorority experience for all. She has seen the bonds formed between women who become sisters and friends for a lifetime. She firmly believes, “A sorority has something to offer a woman regardless of whether she's 18 and starting college or 80 and living in a retirement community. The leadership skills, service work and educational support are the best.” She encourages attendees to be truly invested in the message of academy, so they can better serve their communities.

Victoria Stankus, Kappa Alpha Theta, is facilitating because she believes in the amazing work sorority women are doing on their campuses. She feels it is an honor to have the ability to fight for sorority women and their communities in this capacity. She adds, “The academy is a great way to engage in authentic conversation about the issues you may be experiencing and success stories in a welcoming and supportive space.” Her favorite part of academy is the opportunity to discuss ideas on how to move sorority communities forward and being surrounded by other dedicated sorority women who are fighting for you to succeed.

Shaun Young, Delta Gamma, cites her sorority membership for making her a more thoughtful and values-driven person. She suggests attendees plan some time to prepare before academy in order to make the most of their time. “Read the Manual of Information and your College Panhellenic bylaws and recruitment rules for meaning — make notes in the margins with your questions and ideas.” She also reminds collegians, “Although not everyone in your community will be in Indianapolis in person, you can make sure you are representing their interests — let them know that you want to learn not only for yourself, but for everyone!”

College Panhellenic Academy will take place January 27-28, 2017 in Indianapolis, IN. Register your campus today!
Posted by National Panhellenic Conference at 6:00 AM

With only a few spots left and only a couple months until the 2017 College Panhellenic Academy, some former attendees share why you should consider bringing your council and advisors to #Academy17.

Brittany Murray, Sigma Kappa, attended the inaugural College Panhellenic Academy in 2015 as the internal vice president for Indiana University Southeast. Here’s what she had to say about attending: 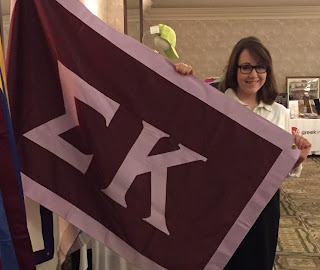 If you choose to attend, be sure to take notes -- and lots of them! When the weekend is over that’s all you have to rely on -- plus the friends/contacts you made on site. I realized that I did not take a ton of notes when I was there, so going back through and trying to remember specific details was tough.” 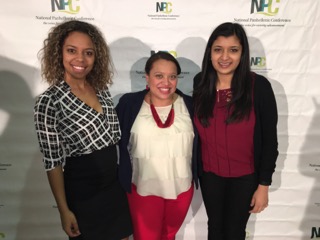 president. Being aware of the resources that NPC provides proved invaluable during my term. Specifically, I was able to familiarize myself with the judicial process and implement what I learned on my campus.

When you’re on site, talk to everyone you meet! You may not think that your Panhellenic experience is similar to that of someone from another school, but every conversation is an opportunity to learn!”

Samantha Huffman, Alpha Chi Omega, attended the first ever public relations/communications track at College Panhellenic Academy 2016. She represented the University of Mount Union College Panhellenic. Here’s what she had to say about Academy: 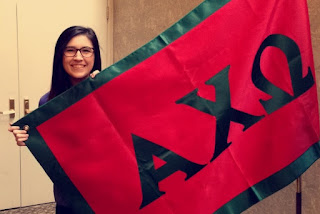 “My favorite part of College Panhellenic Academy was not only meeting other public relations/communications officers from other campus, but also hearing the ideas that they have for marketing on their campus. By interacting with them, I was able to outline a plan/campaign for when I got back to my university. I loved being able to bond with my executive board, too. I learned how well we could work together, and I truly believe it has helped our success on our campus.

Register for #Academy17 today!
Posted by National Panhellenic Conference at 6:00 AM