The second annual Panhellenic Academy kicks off in just a week, and one of the first exciting experiences awaiting attendees is "The Talks." Six men and women from a wide range of personal experiences will come to Indianapolis to demonstrate the power of a story. Each presenter has a personal story that shaped their lives and taught them a lesson, and their lessons can apply to all types of leaders. Read about our speakers and learn a little about their background before meeting them in person next week.

"The Best I Can With What I Have" 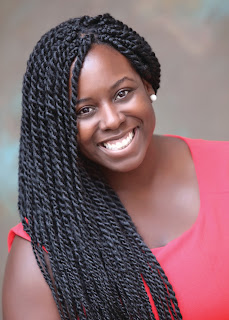 Krystal lives in Nashville, Tn. She’s from Portsmouth, Va. and made her way to Tennessee after time in Maryland and North Carolina. After spending eight years working with fraternities and sororities, she now gets to live her dream of being a leadership educator. She started her blog, Peculiar Pearl in 2008 and at the same time began using Facebook as a motivational and inspirational tool. She speaks. She facilitates. She writes. She creates.  She believes wholeheartedly in side hustles. When she is not working, she serves as an active member of the Nashville community. Her biggest role is in Junior League of Nashville of which she will serve as president in 2017.

Krystal says "Lose Yourself" by Eminem is her fight song, red is her power color and the one adjective she would use to describe herself is ambitious. "I have big dreams and they mean nothing if I'm not determined to get them accomplished." Some of her beliefs include: living and leading from your strengths, being a little bit better than she was yesterday, Brene Brown, Oprah, desk dancing, fresh notebooks, biscuits, leopard print as a neutral, belly laughs, reading, not going out on Friday nights, her family, unicorns, live music, the power of women, blackgirlmagic, it’s not the hand you’re dealt but how you play your cards, sitting in the front row at your life and - unless you show her otherwise - she also believes in you.

"Doing Things the Hard Way - and Worth Every Minute" 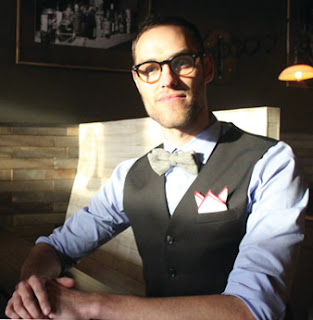 Josh has served on several local non-profit boards and as a lead advisor for national campaigns focused on equality. A lifelong Hoosier, Josh attended Purdue University to pursue a career in medicine. After a chance encounter to help a local healthcare non-profit seek a better return on fundraising efforts, Josh developed several technologies that focus on achieving success without the need to spend extra resources. He continues to be very active in the non-profit industry, raising over $42,000 for the Leukemia and Lymphoma Society in just 10 weeks, and $30,000 for SCORE.org – a national non-profit that provides free consulting for startup businesses.

Josh resides in Indianapolis with his partner Jeff and their two rescued English Bulldogs – Maggie and Mr. Humphries. Josh draws his inspiration from people who do things for others without incentive. He thinks our world would be so much better off if we made selflessness a priority. He is the founder of Open for Service, and also works as a technology and small business startup consultant. 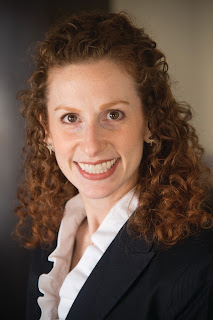 Karen Katz is the chief executive officer of Phi Delta Epsilon International Medical Fraternity and an initiate of Chi Omega from the University of Evansville. She volunteers for Chi Omega on the national recruitment team and serves as a recruitment advisor the chapter at the University of Miami. Karen lives in Chi Omega alumnae chapter president in Miami, Fla. She served as the fraternity/sorority advisor at Florida International University (FIU) for four years where she started volunteering for numerous national fraternities. She advises the Sigma Phi Epsilon chapter at FIU. Currently, Karen lives in Hollywood, Fla. with her husband and loves to travel.

Karen's favorite quote is “We are the music makers and we are the dreamers of dreams" from Charlie and The Chocolate Factory. She feels it characterizes her philosophy on life because she believes we can create our own journey. Karen's favorite thing about her career is that she is constantly inspired and challenged by her students. She feels proud of their accomplishments, learning moments and capabilities. Outside of being with her family, when she leaves chapter meetings, recruitment workshops or five days of non-stop formal recruitment, she feels blissful.

"Joy in a New Beginning" 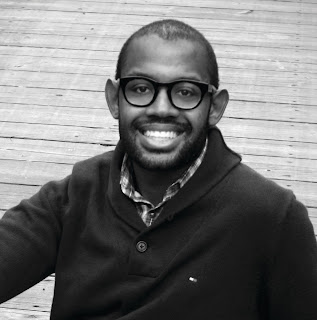 Darren Pierre, Ph.D., serves as the Assistant Director of Student Involvement at the University of Chicago, and a part-time faculty member at Loyola University Chicago. Darren recently published a book entitled The Invitation to Love: Recognizing the Gift Despite Pain, Fear and Resistance. His book chronicles one man's spiritual journey in practicing forgiveness and recognizing love despite various barriers. Darren's research largely centers on understanding the transformative power that derives from people having the courage to live out their truth. He has spoken across the United States on the ideals of integrity, authenticity, and living a life of purpose.

Darren says he is inspired by people who move beyond fear to make great things possible for themselves and others. His favorite quote is "The ache for home lives in all of us the safe space where we can come as we are and not be questioned," spoken by Dr. Maya Angelou. He loves this quote because he feels it is what we are all looking for, and that it is what men and women who join our chapters are looking for - the space where they can come as they are and not be questioned. 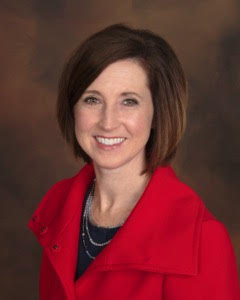 People are Stephannie’s passion. She built her career around strengthening and leading high performance teams while fostering a collaborative culture of innovation and continuous development. She has worked in wide range of sectors from automotive to healthcare to membership association management, and she has an extensive background in training and development, which stretches across these sectors. For the past 10 years, Stephannie has been focused in non-profit management, strategically building organizations from the ground up while also re-energizing historic organizations. This past year she worked for a boutique, corporate consulting firm focused on driving success for Fortune 500 sales teams. In January she returned to the fraternal world as she assumed the position of Senior Director of Philanthropy at Delta Upsilon Educational Foundation.

Stephannie has served on the Association of Fraternity/Sorority Advisors Board of Directors, co-chaired the Professional Development committee for the Fraternity Executives Association and has received the Delta Upsilon Interfraternalism Award for her work on the President’s Task Force. Stephannie and her husband, Cliff live in Fishers, Ind. and know their most important work is raising their daughter, Emma.

"No Passion? No Problem. Just Get Pissed Off!" 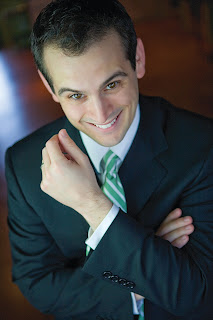 Since joining Alpha Sigma Phi at Bethany College in 1996, Josh Orendi has been focused on one goal: helping fraternities and sororities grow with a higher quantity of higher quality members. Josh is the co-founder of Phired Up Productions and TechniPhi (the technology company that runs CampusDirector, ChapterBuilder and MyVote). He is the owner of Innova Greek Marketing company, the author of Good Guys, a best-selling book on fraternity recruitment and the industry expert on fraternity recruitment and expansion. Josh lives in Carmel, Ind. with his wife Denise, daughters Autumn Grey and Athena Mae, and their big drooling English Mastiff named Rogue.

Josh's favorite thing about his career is Innovation. When people he cares about are dealing with a big problem, he says the wheels in his head start to turn. He loves creating business solutions that help solve real problems - especially when they help better the fraternity/sorority community.

Email ThisBlogThis!Share to TwitterShare to FacebookShare to Pinterest
Labels: #academy16

Message From the Chairman: Identifying New Opportunities for 2016

I can't help but think about the mental exercise I subject myself to each year when welcoming in a New Year! Did I accomplish what I set out to accomplish; is my desk any less void of paper and piles than last year; is my calendar synced in all my electronic devices; did I find time to read a favorite book? The list goes on ... Welcoming in the New Year provides us, including the National Panhellenic Conference (NPC) an opportunity for reflection on the previous year, a chance to inventory and assess our current work and vision for the wealth of possibilities that come with a New Year and a road map in place.

The plan has three strategic focuses, each supported by key objectives, strategies and tactics:
With January here and a New Year ahead, we find ourselves revisiting our personal road maps. Similarly, the NPC Strategic Planning Committee, staff and leadership are revisiting the first year of the 2015-20 strategic plan -- celebrating accomplishments, assessing tactics, determining course adjustments and identifying new opportunities for 2016.

We highly encourage our College and Alumnae Panhellenics to begin their New Year by exploring the value found in intentional strategic planning, if not already doing so. Seek out individuals in your communities to assist in the process, and use the wealth of resources available to execute the development of a strategic plan.


From my less cluttered desk this year than last ... best wishes for a productive, successful and meaningful 2016.