A Message From the NPC Chairman: Standing up for the rights of students and our organizations

“The support I received as a sorority member was what allowed me to be an engaged, confident student. This support, these opportunities and this choice to belong to a group of my female peers have now been taken away.”
Rebecca Ramos, 2017 Harvard graduate and past president of Zeta Phi chapter of Delta Gamma

“Harvard has erased these empowering women’s spaces and it has done so paternalistically without the input of these women and to the devastation of these organizations.”
Laura Doerre, former international president for Kappa Alpha Theta Fraternity 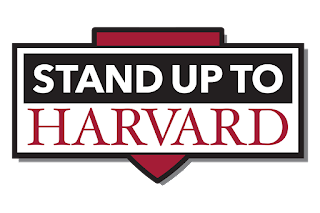 On Dec. 3, a group of sororities, fraternities and students filed a pair of lawsuits challenging Harvard University’s sanctions policy that punishes students who join off-campus, single-sex* social organizations. Filed in federal and state courts, the lawsuits are supported by the National Panhellenic Conference (NPC), the North American Interfraternity Conference (NIC) and the Cambridge Coalition.

The “Stand Up to Harvard” public relations efforts, also supported by NPC, NIC and the Cambridge Coalition, were kicked off that same day with a press conference in Cambridge, Massachusetts. Rebecca Ramos, Delta Gamma, and Laura Doerre, Kappa Alpha Theta, joined NIC President and CEO Judson Horras and attorneys for the federal and state cases to share how Harvard’s policy has devastated the off-campus women’s social organizations and impacted all students through a culture of fear and intimidation.

Never have I been so proud of two Panhellenic sisters who bravely explained how nearly all the sororities and women’s final clubs open to Harvard women have closed or renounced their status as women’s social organizations. Before the sanctions were announced, one in four Harvard undergraduates belonged to a single-sex social organization. These lawsuits push back against an unjust policy that has taken away Harvard students’ choice to gather with other women for friendship and support.

In the federal lawsuit, a broad coalition of students and women’s and men’s organizations impacted by Harvard’s sanctions assert that through the sanctions policy, the president and fellows of Harvard College have interfered with students’ right to be free of sex discrimination, as guaranteed by Title IX and the U.S. Constitution.

In the suit filed in Massachusetts court, Alpha Phi, Alpha Phi-Iota Tau chapter and Delta Gamma Fraternity Management Corporation assert Harvard has interfered with student’s rights to free association and equal treatment based on sex, both of which are protected by the Massachusetts Constitution. Alleging violations of the Massachusetts Civil Rights Act, the suit seeks to bring a stop to Harvard’s sanctions by calling for an injunction prohibiting the University from continuing to unlawfully punish students.

The state case also contains a contract claim in which Delta Gamma Fraternity Management Corporation is seeking damages for lost revenue from a rental property that remains vacant due to the sanctions.

I encourage you to visit standuptoharvard.org to read more about the lawsuits and the specific reasons behind them as well as sign the petition to lend your support. You also may be interested in these articles and videos:


If you have questions about Stand Up to Harvard and NPC’s support of this effort, please email npcstanduptoharvard@npcwomen.org.

*The term “single-sex” (instead of “single-gender”) is used throughout the Stand Up to Harvard website and related documents in reference to our organizations that are women’s only. Although each NPC member organization defines "woman" differently, we use "single-sex" in these materials because Title IX uses the term "sex" and these lawsuits use Title IX as a basis for the legal claims.

Posted by loretta@npcwomen.org at 11:04 AM